How an entrepreneur built a self-care app that met their needs—and how it helped others, too. 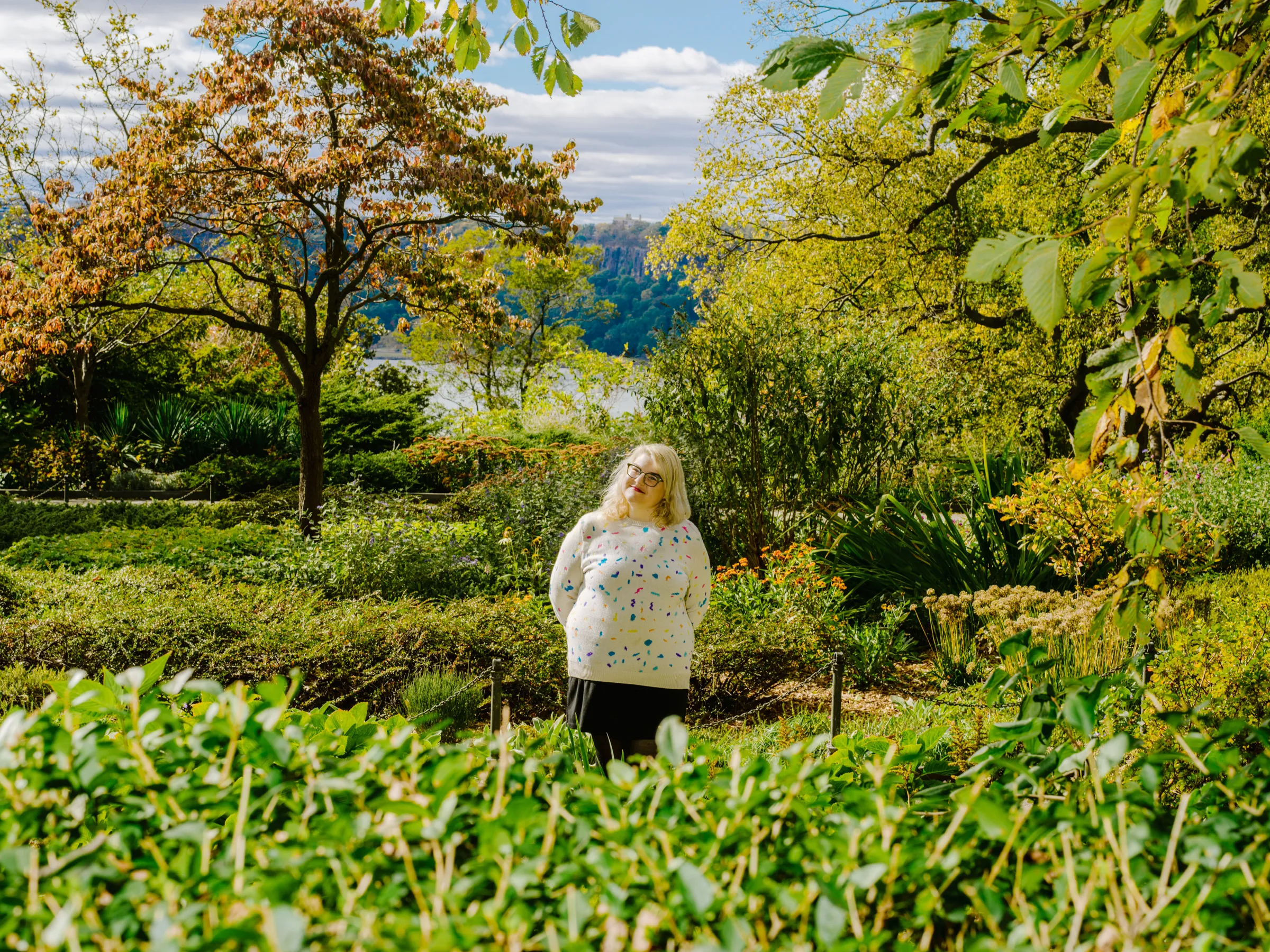 Photo by Heather Sten from Wired.

Amber (they/them) has been a social media professional for years. As an employee, a consultant, and now… as an entrepreneur. Back in 2016, they also did social media and voter registration work for Hillary Clinton.

That’s when everything changed.

In their own words, “While working on the campaign, time management took a back-seat to work, and things like remembering to brush my teeth or drink water became really difficult.” Life got tough. Leaving the house, staying hydrated, even eating a full meal felt like a battle. “My emotional and physical wellness hit an all-time-low,” they said.

They knew others felt the same—with their own struggles, just getting through the day.

So they got to work.

Sure, mediation apps like Headspace and Calm were gaining buzz in this space in 2017. But these apps, and other popular options, required expensive subscriptions and were too medically focused. That whole clinical vibe was impersonal and b-o-r-i-n-g.

There were other health-reminder apps but they sounded like mean, nagging robots. Who needs to be beaten down for reminders to brush your teeth? To breathe? Or to check in with a loved one?

Nope, Amber wanted an app that was free to use. And personable. Something that nurtured support for people struggling with mental health challenges.

And they surely didn’t want to rely on the build-it-and-they-will-come approach. That’s fantasy. Plus, where would they get the money?

First off, Amber created a Twitter bot as an MVP approach—to gain and gauge interest. People liked the idea and responded in droves. Clearly, lots of folks wanted self-care reminders that lived on their phones.

So then, maybe it was time to kick off a Kickstarter campaign? Hmmm, but how much money should they raise? And then what do they do with it? They had no experience building apps. Ah, but wait… 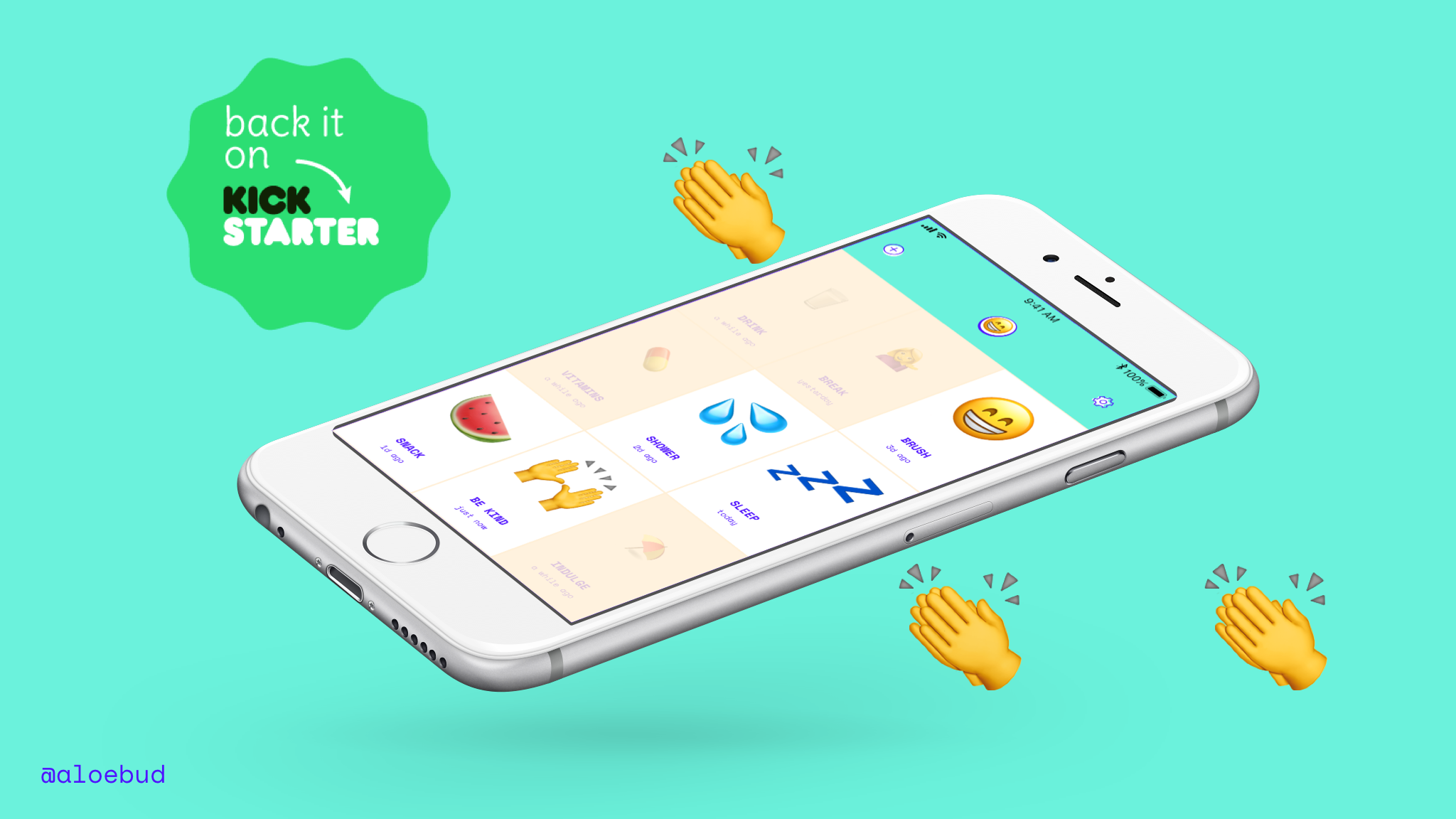 Amber contacted their friends at Lickability

We had worked together years back at Tumblr. Amber came to us with excitement…and questions.

How much will it cost to build an app? How long will it take? How will they generate revenue?

We answered all that—because we’re product experts, too.

Voilà—a successful $50K Kickstarter campaign to build a new app. And the name Aloe Bud was born—Aloe for its medicinal properties, and Bud to express something on its way to full bloom. And, of course, an app that will be your bud.

This app would encourage users to stay on top of their daily routines—gently. Whether reminding them to shower. To meditate. Or take their medication. 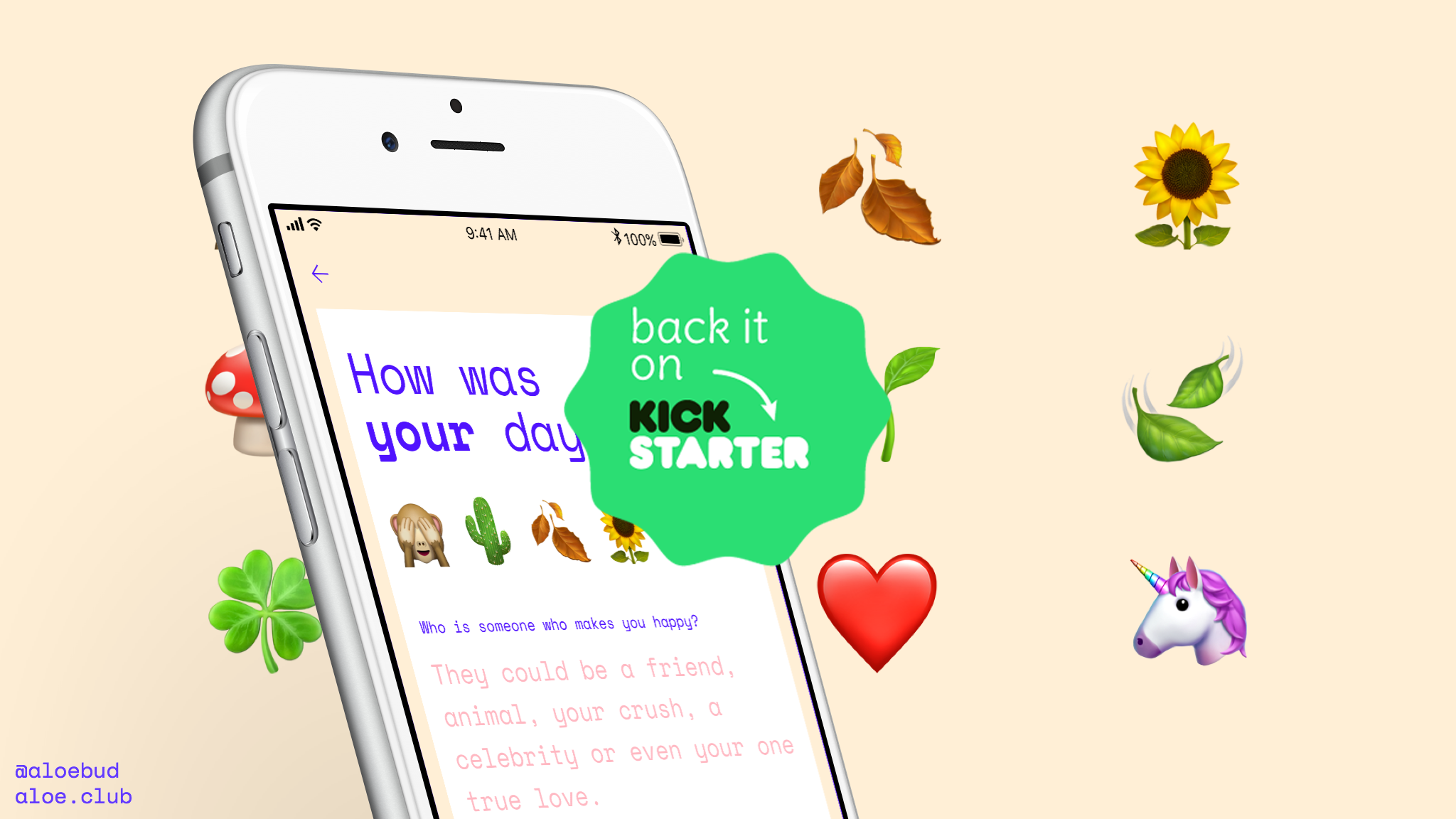 So we went for it!

First, we developed a plan. We met with Amber to understand their vision. White-boarded & brainstormed features. Suggested a buy-once-keep-forever model for in-app purchases. Found and hired a designer. Then created estimates and timelines to bring everything into view.

Next, we helped raise money. Determined realistic deliverables for the Kickstarter campaign. And, promoted it using our own social media channels.

We then developed a structured process. Set up weekly meetings, GitHub projects, and Slack channels for ad-hoc conversation. And led in-person training to help Amber create and publish new content.

Next up—build the app. We kept Amber informed by showing and sharing progress regularly in design reviews. Set up continuous integration using BuddyBuild. Helped them perform QA testing on every build.

All of the above created a robust environment to test and revise the app. Not only did Amber perform QA, so did the Kickstarter backers. We involved them. Incorporated their feedback. They became Aloe Bud’s beta testers… and new buddies. Cool, huh? 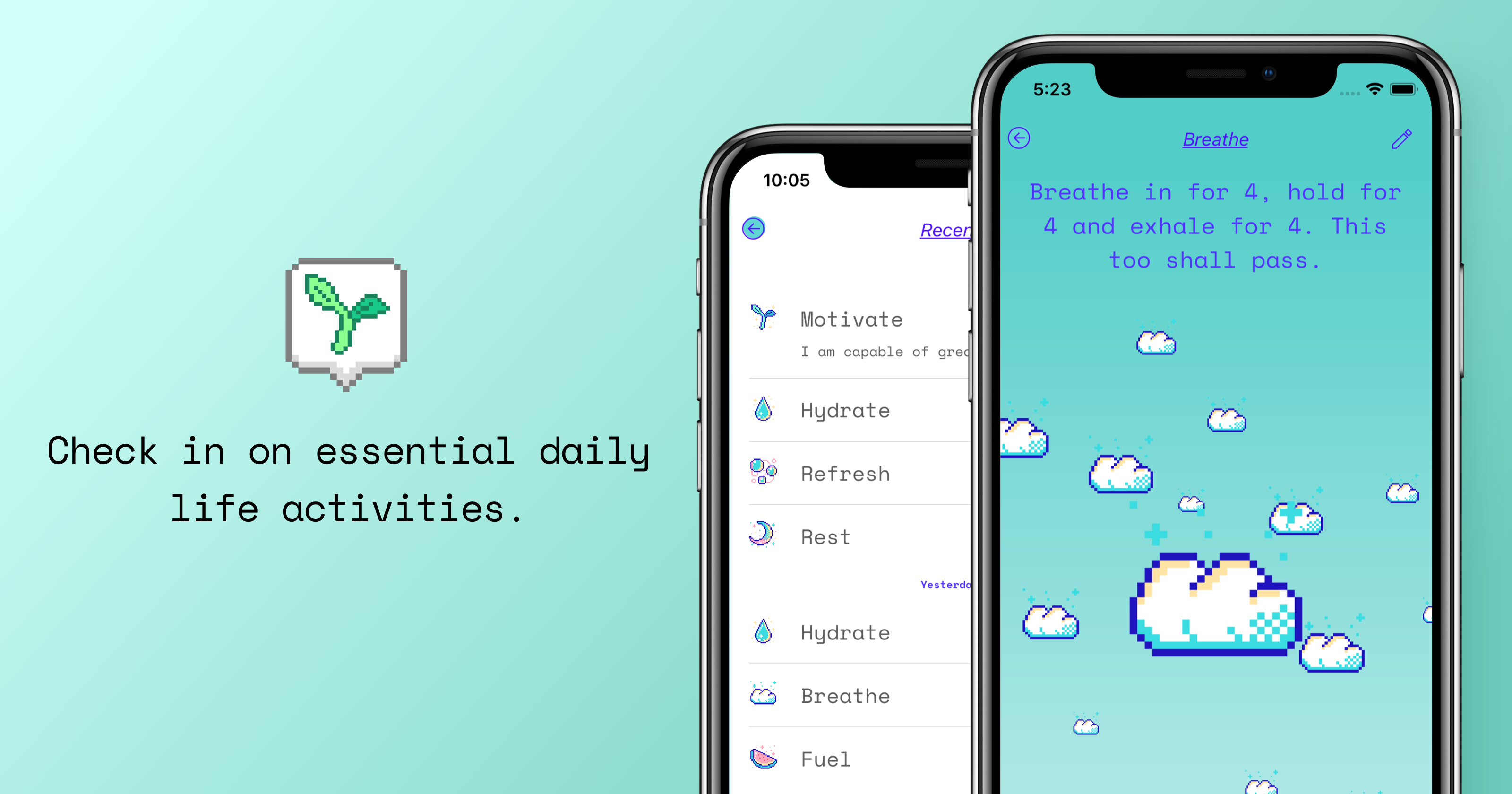 Amber had some personal struggles in life. They were not alone. But their love and vision put an app into the world—one that was missing. One that offered:

We wrote Aloe Bud using the Swift programming language. Why Swift? Because… Swift is easy to write. Runs fast. Crashes less. And, is widely known in the iOS development community. This empowers Amber to be in control of the code and not be bound to any single vendor. 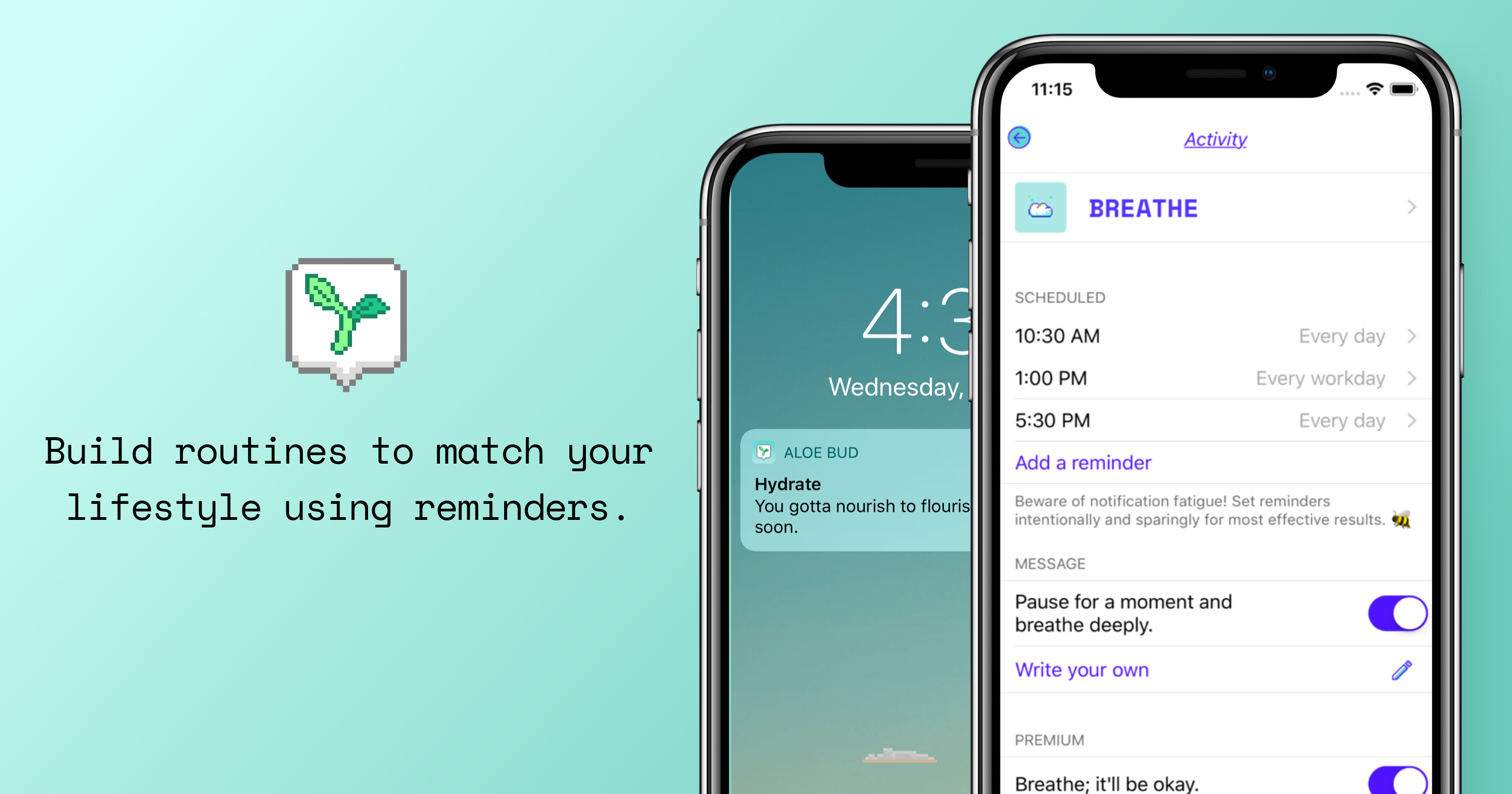 In Amber’s own words…

“I was mentally sick while building Aloe Bud. Yet, I received tremendous support from the Internet and from the Lickability team. I highly recommend Lickability for all iOS projects. They built Aloe Bud with me—it was a great experience.” 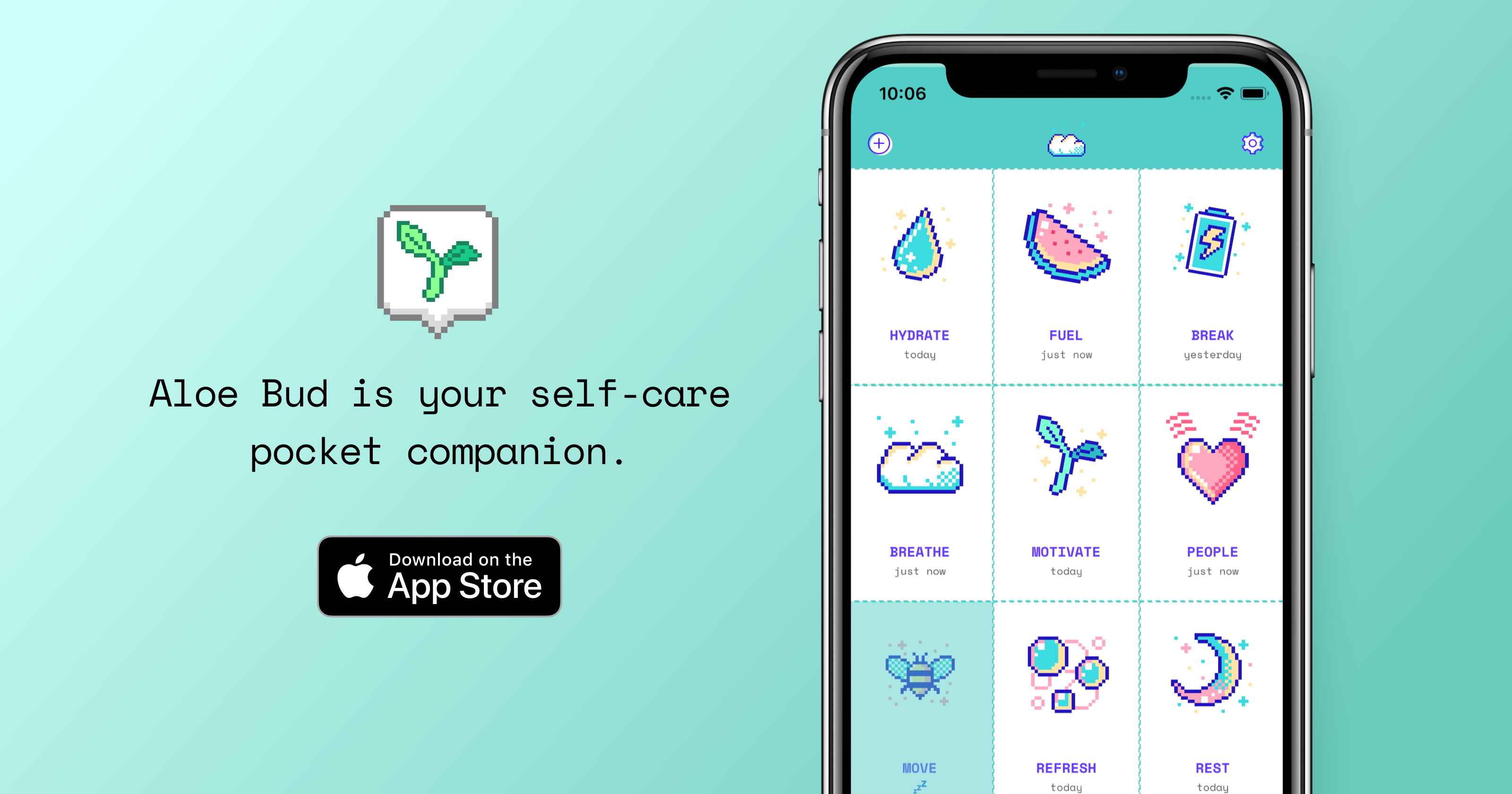 Need some TLC for your app?

Like we did with Aloe Bud? That’s what we’re here for. Let’s talk.