A “Swift” recap of one of our favorite iOS events 😉

If you’re in the NYC iOS community and you aren’t following try! Swift, what are you even doing? It’s one of our favorite iOS conferences, especially for folks who are new to Swift. This year, as we did last year, we sponsored a diversity ticket and sent a few volunteers from Lickability to attend. Plus, our very own Marc Aupont gave his first conference talk ever, and it was a hit. Here are a few more of our favorite memories from try! Swift 2019:

Try! Swift was my first conference ever, and I was not disappointed. One of the highlights would have to be Paul Hudson’s “SwiftUI in 25 minutes” talk. I had never seen Paul speak, but I have used his Swift guides extensively. If I could only use one word to describe this talk, it would be thrilling. It was, in my opinion, the greatest sales pitch of all time. He reintroduced us to a product that could make our lives as developers significantly better, and demonstrated how robust the framework is by implementing various features that common applications have, like table views and scroll views. I was sold the moment I saw how easy it is to work with animations. As a plus, he showed us how to make your app cross-platform using SwiftUI — it was as simple as clicking a button. Watching this talk ignited the same fire I felt when SwiftUI was unveiled at WWDC 2019. What an amazing time to be a developer! And as if that wasn’t enough, Paul even gave us a gift: SwiftUI By Example, a 242-page PDF. I can now confidently say my life is complete.

💸 App Subscriptions — The Good, The Bad, and The Ugly

One of my favorite parts of try! Swift each year is the type of talk that poses an interesting question for me to think about and look into more after the conference is over. Ish Shabazz’s talk about subscriptions was a great example of this. During the talk, he went through the various models developers can use to generate revenue for their apps — payment upfront, ads, free, in-app purchases, subscriptions — and the various pros and cons to each model. He also compared the various revenue models against overall lifetime cost of developing and maintaining your app. Naturally, subscriptions have a lot of pros to them, and generally are the best option for offsetting long term costs of an app. So here’s a summary of the good, the bad, and the ugly parts of subscriptions:

What really struck me was how, over time, most revenue models do not help pay for development, and users want free updates for life. It sounds kind of obvious, but Ish’s talk has stuck with me as an interesting challenge we face as developers. How will we adapt to help value the time and effort that goes into software development?

Try! Swift is definitely one of my favorite conferences to attend. The participants are amazingly friendly, and the variety of talks and speakers is great. In 2017, I was fortunate enough to receive a diversity scholarship to attend for the first time. During that time, I met Jazbo, one of that year’s hosts, and we became good friends. I was very much inspired by him, because I had never seen a person of color on stage at a tech conference. I found out that he was a diversity scholarship recipient the year before, and had convinced his company to offer two more diversity scholarships to try! Swift. That very moment, I knew I wanted to follow in his footsteps someday.

Fast forward a couple of years later — I gave my first conference talk at try! Swift this year while working for a company that sponsored a diversity ticket! I was also fortunate enough to host a workshop where we built a small electronic circuit and controlled it via Swift and Raspberry Pi.

I really enjoyed the Swift UI for Production talk by Lea Marolt. I was extremely excited about Swift UI when it was announced at WWDC19, but because of the multitude of breaking changes, I had slightly fallen out of love with it. Lea’s talk demonstrated the successes and challenges faced while building a SwiftUI app for production at RayWenderlich.com. She compared SwiftUI vs UIKit and went through concrete examples of components they built.

This is just a small selection of the many informative, thoughtful talks and workshops featured during the two days of try! Swift. If you didn’t get a chance to attend this year, we hope you’ll consider going next year. And if you see us there, don’t forget to say hi! 👋 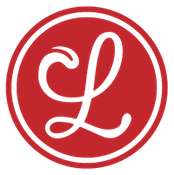 Why we ❤️ it, and why you will too