If you’ve been paying attention on Twitter, you may know that we’ve been hard at work on a brand new update to Quotebook. Today we’re announcing that the third major version of Quotebook is coming soon to an iPhone or iPad near you.

Quotebook 3 is an all new version of Quotebook. Quotebook lets you build a personal library of quotes and organize and share those quotes with your friends on social networks. And now, we’ve rewritten every single line of code, we’ve redesigned every single screen for iOS 7, and we’ve added dozens of the features you’ve been requesting.

It’s the most ambitious update we’ve ever done and it’s almost ready.

Quotebook 3 for iPhone is currently in private alpha. After we’re comfortable with our final design on iPhone, we’ll finalize our iPad design and begin a private beta with a few more users.

After that, it’s a month or so of testing until we submit to the App Store. We can’t give you a firm date just yet, but Quotebook 3 is our top priority, and we know you’re eagerly awaiting the update as much as we are.

Quotebook 3 will be a free update for all existing Quotebook users and it’ll download to your devices automatically if you already have Quotebook installed. All your quotes will still be there, and they’ll look even better.

In the meantime, we’ve pulled Quotebook 2 from the store because it was starting to feel outdated on iOS 7. We didn’t want any new customers downloading it and being disappointed. Quotebook will return to the store as soon as 3.0 is released.

If you need support for Quotebook 2, we’re always happy to help at [email protected].

Thanks for your continued support and patience. Quotebook is a big app and it’s taken us longer than we expected to rewrite, but it’ll be worth the wait. Time to get back to work on finishing the best release of Quotebook yet. 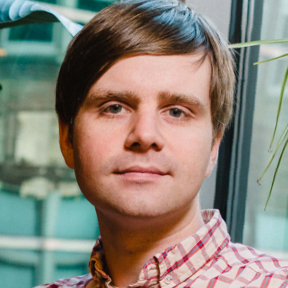 Matthew Bischoff is a partner at Lickability. They enjoy stirring things up. 🍸

From Medium to our .com

We Were On TV!

Check out Lickability on Innovation Nation