How a neglected app became the expected app for an American institution.

Everyone knows The Atlantic

It’s an American magazine & institution, founded in 1857 in Boston, Massachusetts. It started as The Atlantic Monthly, a scholarly & cultural magazine of leading writers.

Thinkers like Ralph Waldo Emerson, Emily Dickinson, and Henry Wadsworth Longfellow—all expressing cultural commentaries on topics like the abolition of slavery, education and other major political issues of the day.

But here’s the thing… 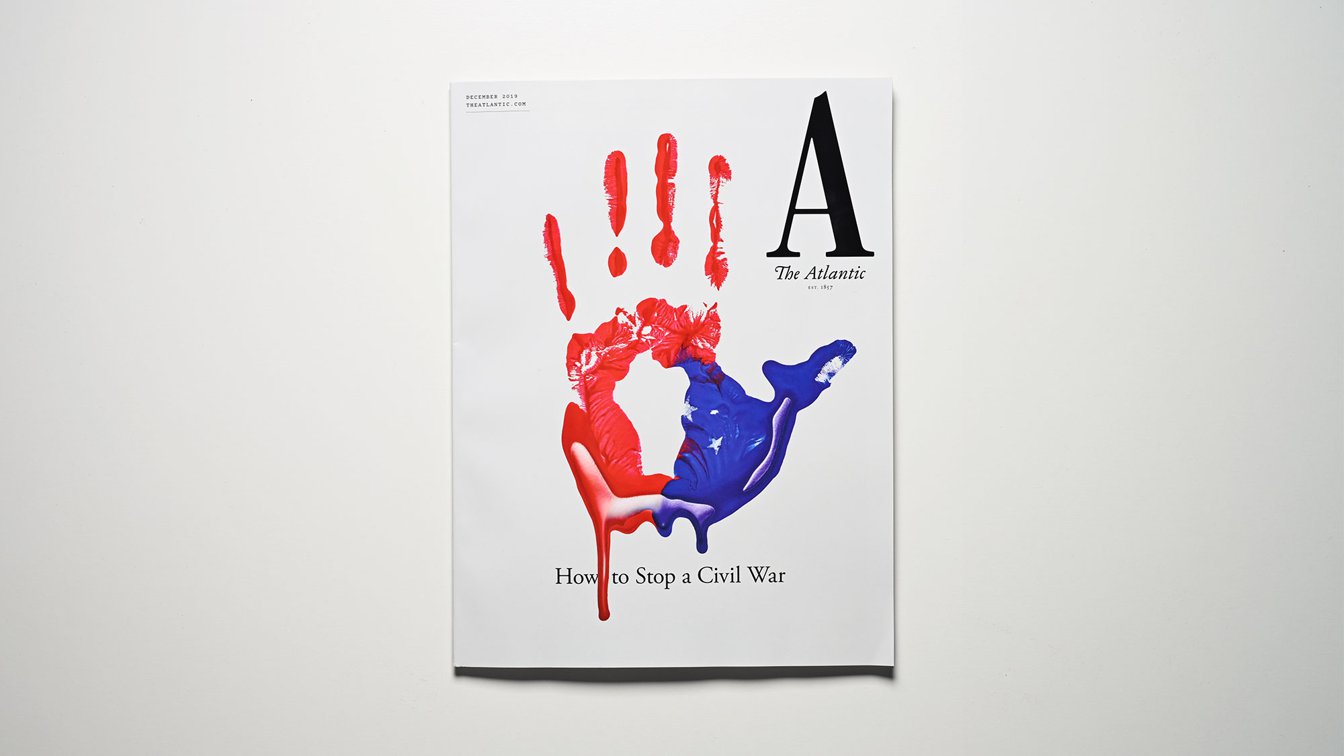 They had an iOS app—in need of a facelift

Like so many companies, The Atlantic had a mobile app in 2017. Billions of people in the world were using their smartphones everyday. So readers expected to stay informed—no matter where they’re at. The gym, The Village, while driving (uh-oh).

However, the Atlantic app had some issues.

Users had a tough time logging in. Saved articles vanished—poof. It lacked some key features. Not enough downloads. Too many poor reviews. And support requests piling up.

So why not just fix all that?

Whoever developed it could certainly make everything right, right? Well…

The Atlantic hired a vendor to write their initial app. After a couple product iterations, that relationship deteriorated. And they didn’t have the in-house expertise to perform updates themselves.

Plus, the app was written in Objective-C, a rapidly aging programming language. Even worse, The Atlantic didn’t own the source code. So the app became neglected. And lonely. With no tech-TLC to speak of.

The Atlantic reached out to Lickability

The Atlantic knew of us from our work & success with The New Yorker Today app. So The Atlantic talked with, learned from, then hired us to solve their iOS woes.

First, we developed a plan. We understood The Atlantic’s pains & needs. Created estimates for each feature. It became clear to all—The Atlantic needed a new iOS app to keep up with (and beat) the competition.

Next, we led the way to develop a structured process. We set up weekly meetings, GitHub projects, and a Slack channel for ad-hoc conversations.

Then, two of our developers travelled from NYC to DC to sketch & define the APIs over the next couple days. These APIs became the connective tissue between The Atlantic’s data and the new mobile app. 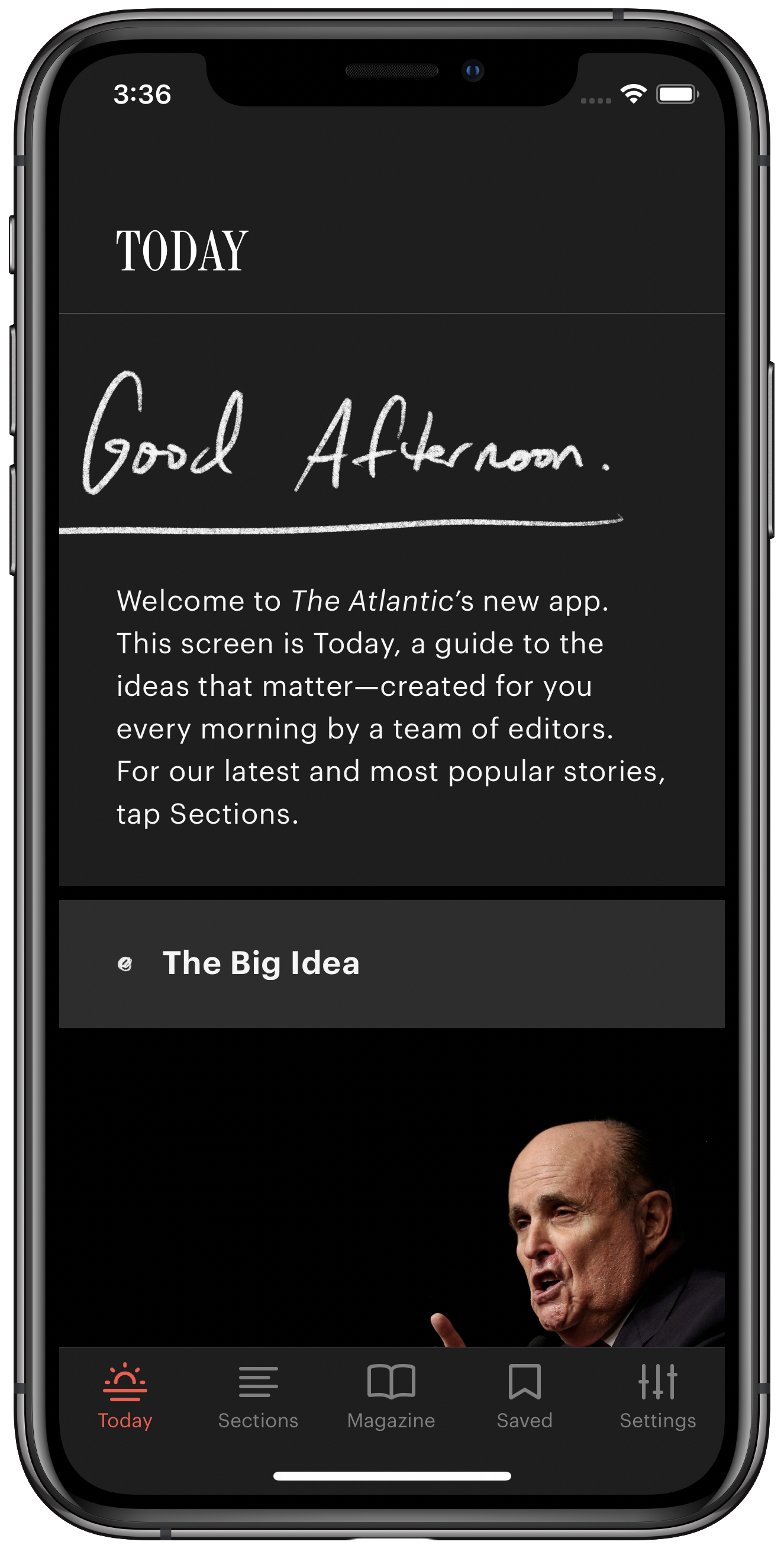 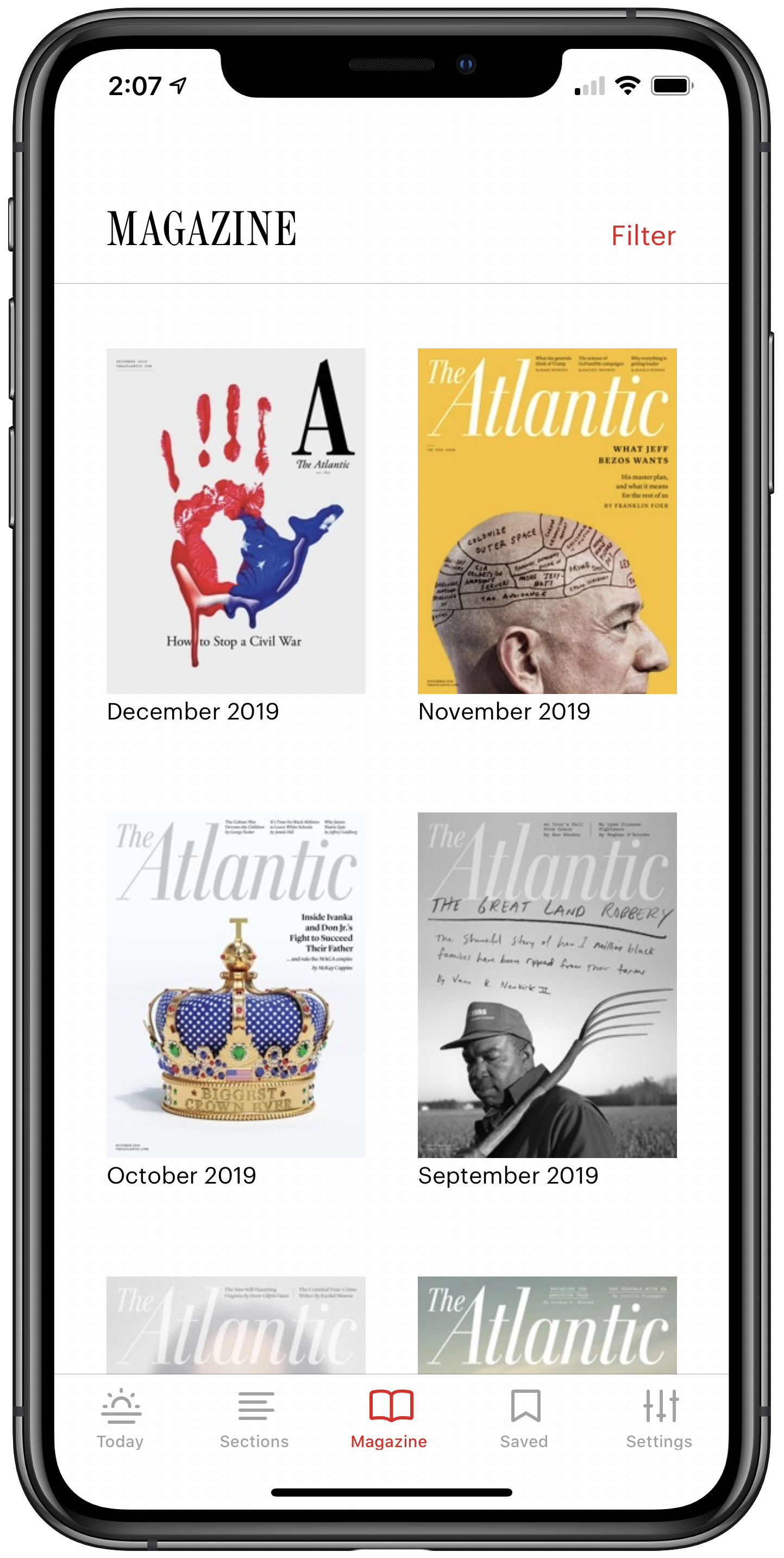 Screenshots of the new Atlantic app

And The Atlantic was quick to listen. Why the Swift programming language to rewrite the app? Because… Swift is easy to write. Runs fast. Crashes less. And, is widely known in the iOS development community.

All this empowered The Atlantic to never be locked in to a vendor to maintain their own app & code.

While building the app, we worked closely with The Atlantic. We showed & shared progress daily. Implemented continuous integration with BuddyBuild. Worked with the team to perform ongoing QA testing. Staged design reviews and visual QA with the design team. And beta-tested with existing users. 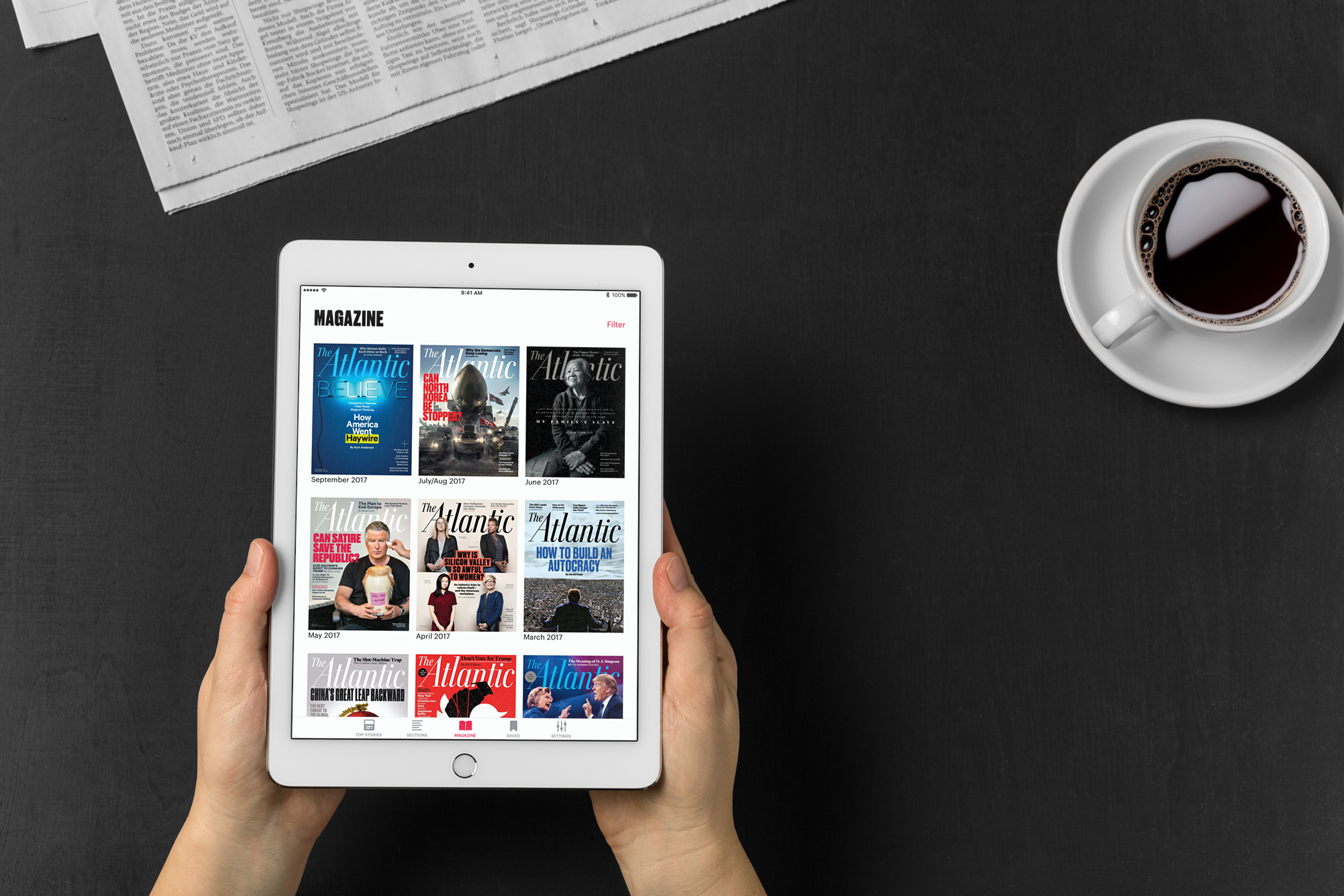 In The Atlantic’s own words, Lickability…

Paid attention to the details. Was very proactive. Incorporated feedback while pushing back as needed. Cared as much as we did. Felt like a true partner.

“Lickability delivered on time, offered proactive suggestions for improvement, and took pride in their work.”

Need a makeover for your app?

Like we did with The Atlantic app? We’re here for you and your business.